My Name is Franz Huber and I am from Garching an der Alz in upper Bavaria. I was born in February 1981 and I live in Garching in my little House.

My hobbies are Bowling, makeing a lot of music in my Band „Postamt Trio“, in my two Brassbands “Andreasbläser Engelsberg“ and „Obinger Musikverein“ and other little music projects. Sometimes I compose or arrange songs.

Also I love to edit Pictures an Videos

In my “normal” life I am an electrician in a company in Garching called Peter Ackermann GmbH as an upper fitter.

My beginnings as a sword swallower and Sideshow Artist began at the End of 2012. I always had a fascination with what the human Body could do with the power of concentration and mind control, like top athletes or the Shaolin monks.
In March 2014 I became a member of the „Sword Swallowers Association International-SSAI“.

One year later I become the official European Representative of the SSAI.

Now I can look back on some amazing appearances in Florida, London, all over Germany, Austria and Switzerland.

In August 2015 I performed on the TV-Show “Das Supertalent 2015” ( Germany´s Got Talent) and got three of three Yes from the Jury. 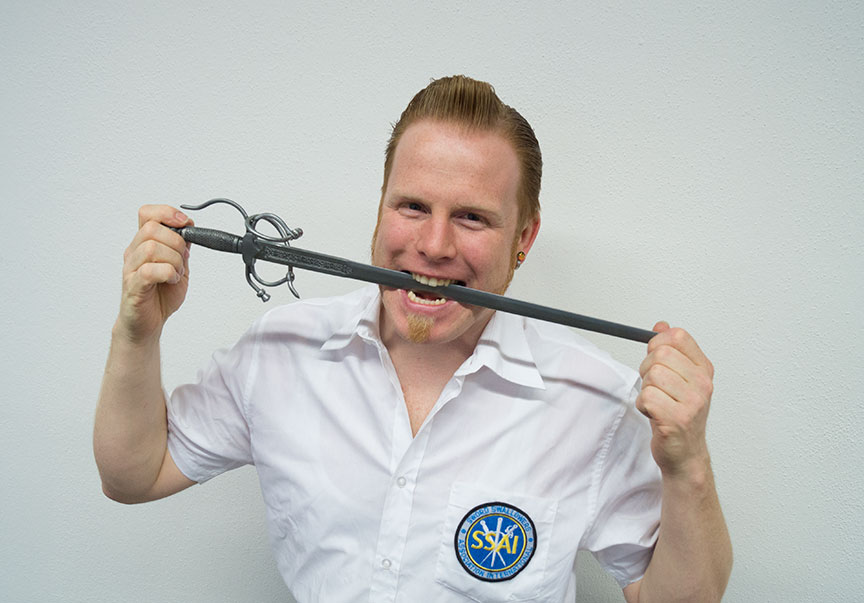